Born in Aachen in 1978 Thomas started playing the drums at the age of 4 and received his first drum set at the age of 6. He received his musical education from Klaus Behütuns(-Steffens) who instructed him in classical as well as popular drum music. Thomas‘ idols were (and still are) among others, Roger Taylor, Simon Phillips, Jeff Porcaro, Phil Collins, and Stewart Copeland.

After obtaining his high school degree and finishing his military service in addition to successfully completing his commercial education as industrial sales representative, he always seemed to find his way back to his native Eifel via various musical societies, student bands and an array of music based projects. He started his semi-professional career at the age of 21, performing with several show and cover bands.

His performance highlights include among others, Tequila Sunrise, Backside as well as diverse temporary engagements with the band Breakpoint and others. In 2003 the Mainstream CD „Demo 1“; for which he performed drums and background singing arrangements was released. The rock-coverband Mainstream live broke up at the end of 2015. Furthermore, he recorded some of Uwe Reetz songs in his personal studio in Golbach.

In 2017, Thomas celebrated his 30th anniversary in music performance and was awarded the gold badge of honour for his 30 years of active participation by the German folk music association VMB of North Rhine-Westphalia in 2019.

Since 2012 Thomas has also been the drummer of the “Projektorchester Eifel” founded especially for the agricultural trade fair “Grüne Woche” in Berlin. This orchestra sees itself as the musical ambassador of the Eifel region. In 2013, after its demo CD production in October 2012 – for which Thomas also divided the entire rhythm section – it performed for several concerts in Chemnitz and Dresden. In honor of the King of Rock’n ’Roll, the Eifelphoniker organized an Elvis Presley tribute show for the 80th birthday of the King on 16. August 2015, the anniversary of Presley’s death. The sold out house of the city in Düren could not stop with enthusiasm. Special thanks go to the singer Kay Zenner (+ 25.03.2018) and the conductor Christoph Fahle, who made all the arrangements in advance.

Thomas is very ambitious and stands for professionalism and honesty in music. His wishes for the future are clear: „playing music until I drop, afterwards enjoying the rest of my life with music, no sicknesses“.

In 2015 Thomas took over the rhythm part for the sick Charly Ströder (+21.04.2019) in the dance band Hello Old Spirit. After a very short time he was seen more as a band member than as a sub and consequently took over the part on the drums of the HELLO liveband as a permanent member from 2016. 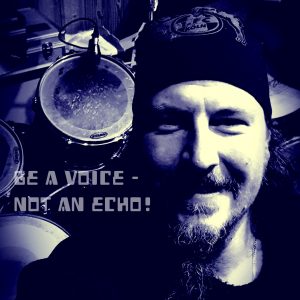